Donate
< Back to Press Releases 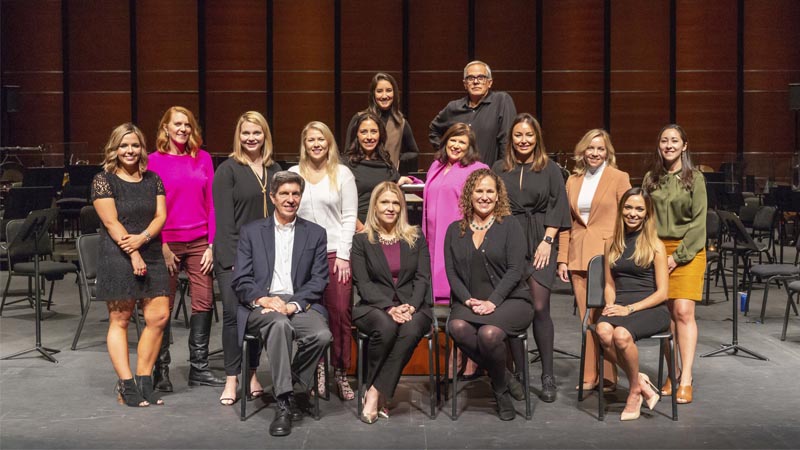 Visual and print design will be provided by Marnie Morrison Fitzgerald, who brings more than 25 years experience with projects at the Museum of Science and Industry in Chicago, the Tech Museum in San Jose, and, most recently, creative management at Yeti. Award-winner DJ Stout, of the internationally renowned Pentagram design firm, will be redesigning the medal which is awarded to each honoree by the Governor of Texas.

“Over the past two decades, the Texas Cultural Trust and our partners have worked hard to build the Texas Medal of Arts Awards into the highly anticipated and impactful event it is today,” said Heidi Marquez Smith, Executive Director of Texas Cultural Trust. “What we have in store for 2019 promises to exceed expectations in its tradition of highlighting the importance of investing in the arts.”

JHL, helmed by Jennifer Stevens, has a proven track record in executing impactful public affairs events and stylish and successful charity events for nearly 15 years. They will lead coordination for the 2019 Texas Medal of Arts Awards events, including concept, venues, vendors, and sponsor recognition.

“Since our first introduction to the Texas Cultural Trust team, we immediately felt connected with the mission to spotlight artists in our state and celebrate the amazing talent that calls Texas home,” said Jennifer Stevens, JHL President and CEO. “We’re honored to partner on such a reputable event.”

With four decades of experience in the Austin arts scene, Paul Beutel has been brought on to produce the Awards show for TMAA. Paul served as executive director at Paramount Theatre for nearly 15 years, presenting some of the country’s finest performers, and retired from the Long Center in 2017.

Directing the Awards show will be Rod Caspers, who is currently the co-producer of Conspirare’s Considering Matthew Shepard national tour. He has served as the executive director of University Events at The University of Texas at Austin and received five Lone Star Emmy Awards while executive director of Creative Services for The University of Texas System. Austin-based public relations firm Giant Noise has managed the public relations for the TMAAs for the last four years and was recently brought on as the agency of record for the Texas Cultural Trust to manage communications for the organization.

The 2019 Texas Medal of Arts Awards event will be co-chaired by Texas Cultural Trust Board Members Leslie Blanton, a dedicated philanthropist and champion of numerous arts and charitable organizations, and Leslie Ward, Senior Vice President of Legislative Affairs and Corporate External Affairs at AT&T. Blanton and Ward are leading efforts to gather experts across the state from a variety of disciplines to select the 2019 TMAA honorees, which will be announced over the next few months leading up to the 2019 TMAA.