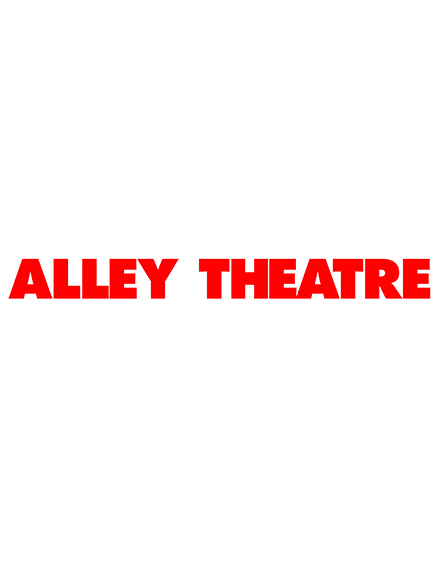 Founded more than 60 years ago, the Alley Theatre paved the way for performing arts in Houston thanks to its visionary founder Nina Vance, who wanted Houston audiences to experience thought-provoking theatre performed by a professional company year round. Today, the Alley continues Ms. Vance’s vision and is a nationally recognized performing arts company, advancing theatre into the 21st century.

Ms. Vance’s reality of having a theatre for all of Houston to enjoy was realized in the late 1940s and has prospered into one of the nation’s most renowned theatres under the leadership of Artistic Director Gregory Boyd and Managing Director Dean R. Gladden. The Alley provides audiences with inspirational and provocative theatre, while uniting theatre artists and audiences to experience the power of dynamic and diverse stories that illuminate the breadth and complexities of the human condition – making them think, feel, dream and be entertained.

With great support by its Board of Trustees, the Alley is focused on creating and maintaining an exceptional company of actors, directors, designers, dramaturgs and authors to advance theatre as an art form by creating new work that will become classics for the future. Engaging Houston audience members with theatre artists is a core tradition at the Alley, which harkens back to its humble beginnings as a small theatre for the people.

By 1962, Ms. Vance and her staff had conceived of a new home for the Alley with two stages in the heart of downtown Houston and thanks to a charitable trust established by the late Jesse H. Jones and Mrs. Jones and a grant from the Ford Foundation, that dream soon became a reality. In 1968, the modern and innovative Alley Theatre at 615 Texas Avenue, designed by noted 20th century architect Ulrich Franzen, opened its doors to the theatre-going public.

The Alley’s productions are built and rehearsed in the Alley Theatre Center for Theatre Production – a 75,000-square-foot facility adjacent to the theatres themselves. The state-of-the-art “theatre-making laboratory in the sky,” is located 14 stories above downtown Houston and is one of the most complete and largest facilities of its kind anywhere. And on our two stages – the 824-seat Hubbard Stage and the 310-seat Neuhaus Stage – we present a wide ranging repertoire of 11 productions each season. The Alley is also home to our educational programs where we connect with the youth of the city and state – our future audience and future artists.

During Mr. Boyd’s tenure, the Alley has risen in national and international prominence, winning the Special Tony Award for Outstanding Regional Theatre and experiencing record growth in its Houston audiences, while also transferring its productions to major European Festivals (including two in one season at the Venice Biennale), to Broadway and New York’s Lincoln Center, and on tour to 40 American cities, as well as Berlin, Paris and St. Petersburg. Mr. Boyd’s addition of artistic associates such as Edward Albee, Robert Wilson, Frank Wildhorn, Vanessa Redgrave and the late Corin Redgrave, and Pulitzer Prize-finalist Rajiv Joseph, and his commitment to creating a home for theatre artists has made the Alley unique among American theatre companies. Major projects that have taken seed at the Alley that appeared on New York City stages in the winter and spring of 2011 are Rajiv Joseph’s Gruesome Playground Injuries off-Broadway and Gregory Boyd, Jack Murphy and Frank Wildhorn’s musical Wonderland on Broadway. Under Artistic Director Gregory Boyd, Wonderland is the third Alley production to go to Broadway, following The Civil War and the newly discovered Tennessee Williams drama Not About Nightingales, both nominated for Tony Awards.

Past notable productions at the Alley include the world premiere of Jekyll & Hyde and the 1964 world premiere of The Effect of Gamma Rays on Man-in-the-Moon Marigolds, and the U.S. premieres of Edward Albee’s The Play About the Baby and Marriage Play, as well as Robert Wilson’s productions of Danton’s Death, When We Dead Awaken and Hamlet; the epic 10-play The Greeks and Shakespeare’s The Roman Plays (with Vanessa Redgrave and the late Corin Redgrave), and premieres by Ken Ludwig (Treasure Island, The Gershwins’ An American in Paris), Horton Foote, Eve Ensler, Keith Reddin, Herbert Siguenza and original work developed through the Alley’s New Play Initiative including Kenneth Lin’s Intelligence-Slave and two premieres by Alley Company Artist Rajiv Joseph.

The Alley continues to further its collaboration with the best theatre artists working today, and encourage and cultivate the new voices, new work, and new artists of the American theatre. At the Alley, audiences witness the creative transformation of theatre artists as they produce and perform in diverse productions over many seasons. Ms. Vance’s words about Houston’s premier theatre have never rung more true to Alley audiences: “This is your theatre.”