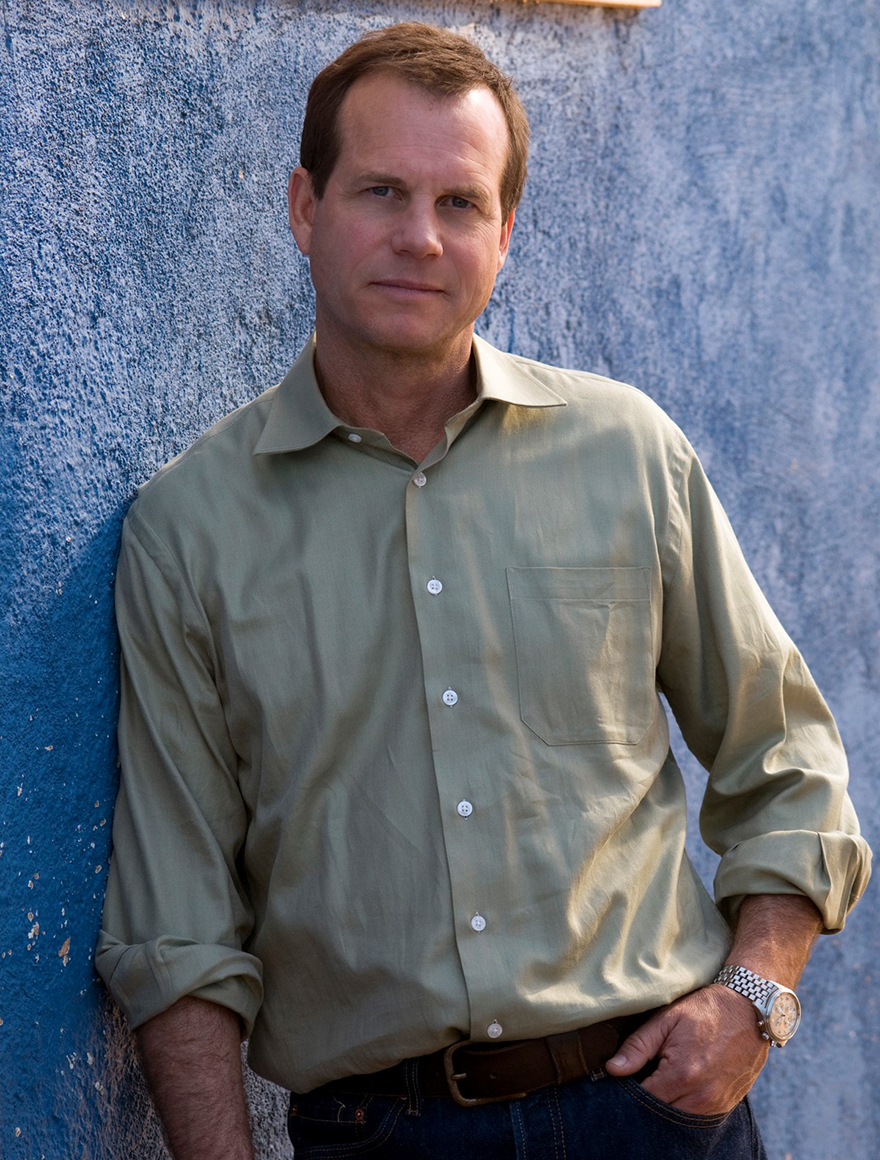 As one of Hollywood’s leading men, Bill Paxton continues to make quality films both in front of and behind the camera.

Paxton was in production on the fifth and final season of HBO’s critically acclaimed series Big Love (2009 AFI and Golden Globe nominee). His character, Bill Henrickson, is a loving father, and husband to three wives, played by Jeanne Tripplehorn, Chloë Sevigny and Ginnifer Goodwin. Paxton was honored with three Golden Globe nominations (2007, 2008, & 2009) for his work on the first three seasons of the show. The show’s fifth season premiered in January 2011.

On the big screen, Paxton was seen in Stephen Soderbergh’s action thriller Haywire, opposite Ewan McGregor, Michael Douglas and Antonio Banderas, which was released in January 2011. He also explored executive producing, along with Tom Hanks and Gary Goetzman, on a film called Parkland, which commemorated the 50th anniversary of President John F. Kennedy’s assassination, and was released in 2013.

After gaining critical attention in the John Hughes comedy Weird Science and James Cameron’s sci-fi pic Aliens, Paxton’s performance as the small-town sheriff in Carl Franklin’s One False Move marked his emergence as a leading man. He went on to star in a host of blockbusters including: Tombstone, True Lies, Apollo 13, Twister, Mighty Joe Young, Titanic, U-571 and Vertical Limit.

In 1998, Roger Ebert cited Paxton as his Best Actor choice for his turn as ‘Hank Mitchell’ in Sam Raimi’s A Simple Plan. In addition, Paxton received a Golden Globe nomination that same year for his performance as ‘Colonel John Paul Vann’ in HBO’s A Bright Shining Lie.

Paxton segued his on-camera experience into becoming a feature film director. In 2001, Paxton helmed the gothic thriller Frailty, in which he also starred alongside Matthew McConaughey and, in 2005, directed the sports drama, The Greatest Game Ever Played starring Shia LaBeouf. Both films are considered modern classics of their respective genres, and Frailty was honored with the National Board of Review 2002 special mention for excellence in filmmaking. Additionally, Paxton served as a producer on the features The Good Life and Traveller, in which he starred along with Mark Wahlberg and Julianna Margulies.

Paxton began his career as a set dresser on producer Roger Corman’s Big Bad Mama in the mid-1970s. After working in the art department on several features, Paxton moved to New York to study acting with Stella Adler. Returning to Los Angeles in 1980, he met James Cameron while moonlighting as a set dresser on the low-budget sci-fi movie Galaxy of Terror. Subsequently, he began landing acting jobs in movies such as Mortuary and Night Warning. Paxton earned a cult following for his work in movies including Near Dark, Boxing Helena, The Dark Backwards and Broken Lizard’s Club Dread. His other credits include Trespass, Indian Summer, The Evening Star, Streets of Fire, Frank and Jesse, Navy Seals, Predator 2, The Vagrant and Pass the Ammo.

In addition to his awards for acting and directing, Paxton holds the distinction as the only actor to have visited the wreck site of the Titanic with James Cameron for the documentary Ghosts of the Abyss. Paxton completed four descents to the site, two and a half miles below the surface of the North Atlantic.

Paxton, a native of Ft. Worth, Texas, now resides with his wife and children in California.