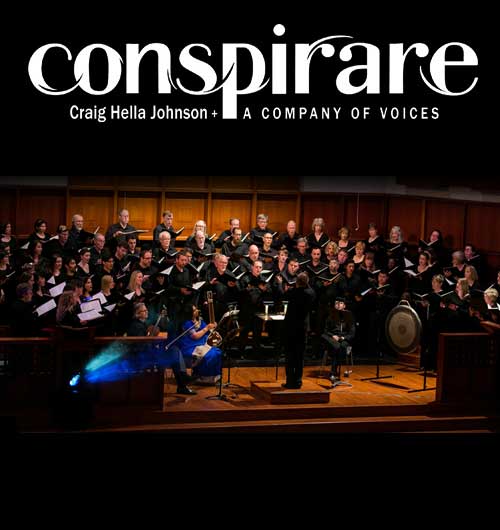 Established in Austin in 1991, Conspirare is a Grammy-winning and internationally recognized choir with a reputation for “expanding the boundaries of choral performance” (Wall Street Journal). Led by founder and Artistic Director Craig Hella Johnson, Conspirare is comprised of soloists from around the country and their extensive discography includes 11 releases on the Harmonia Mundi label. Conspirare’s ambitious mission is to engage the power of music to change lives. Through its artistic excellence, creative programming and educational endeavors, the organization has established itself as an agent of change and a bedrock of the Texas arts community and beyond. Conspirare performs a full annual season in Austin and Central Texas where it has received ongoing recognition from local organizations and critics, and Craig Hella Johnson was named Texas State Musician.