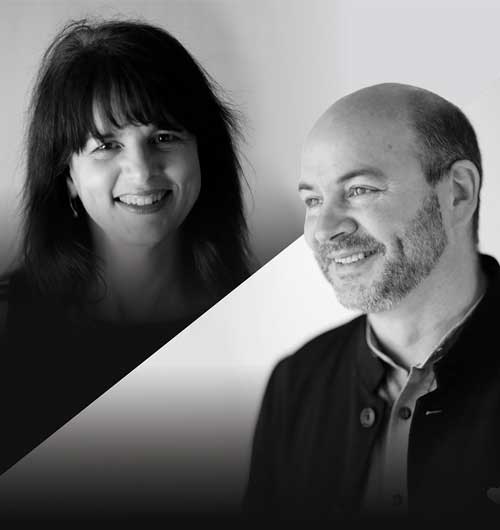 Elaine Molinar and Craig Dykers, together with their colleagues, established the international architecture, landscape and design studio Snøhetta in 1989 after winning the competition to revive the Alexandria Library in Egypt. This was later followed by commissions for the Norwegian National Opera and Ballet in Oslo, the National September 11 Memorial Museum Pavilion and Times Square in New York City, the San Francisco Museum of Modern Art, and Calgary’s Central Library in Canada, among others. The firm has grown to include studios in New York City, Oslo, Paris and Hong Kong. In addition to their work with architecture and landscape, their studio includes numerous graphic and branding design projects including the design of Norway’s new national currency, which went into circulation in 2017. Their work has been widely publicized throughout the world and received numerous international awards including the Mies van der Rohe Prize for European Architecture, The Aga Khan Prize for Architecture, several World Architecture Awards, a Gold Medal from the American Institute of Architects, and an Honor Award from the American Society of Landscape Architects. Recent works include the new French Laundry kitchen and grounds in Napa, the Museum of Environmental Sciences under construction in Guadalajara, Mexico, the upcoming El Paso Children’s Museum and expansions and plans for the Joslyn Art Museum in Omaha and the Blanton Museum in Austin. Both Craig and Elaine have lectured and taught internationally and are members of several boards committed to cultural life. The two graduated from the University of Texas in Austin School of Architecture during the 1980s, where they met. They have been together and working together since that time, and have often been referred to informally as ambassadors of Texas in their work worldwide.