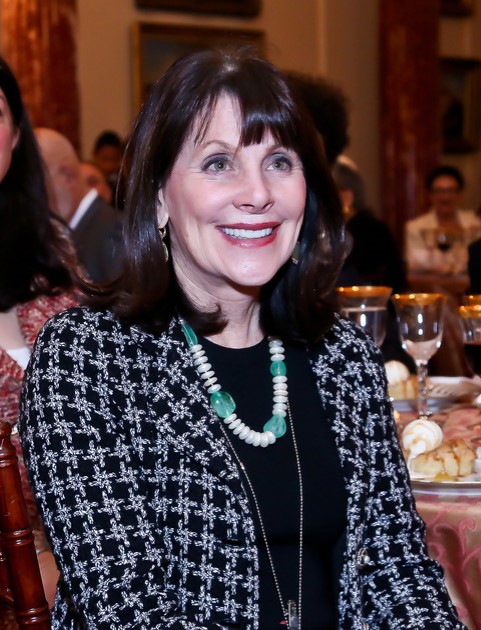 Ellen Susman served as Director of ART in Embassies (AIE), an office of the Bureau of Overseas Buildings Operations at the U.S. Department of State from 2013-2016. Previous to this position, Ellen served as a Member of President Obama’s Advisory Committee on the Arts for the John F. Kennedy Center for the Performing Arts. In January 2015, she organized the biennial Medal of Arts Award luncheon, hosted by Secretary of State John Kerry, which honored seven American and International artists.

Susman spent 25 years in the broadcast industry working for KYW-TV, Post-Newsweek and CBS. From 2004-2008, she was the producer and host of “Balancing Your Life,” an award -winning national PBS program that celebrates the strength of women as they work to balance career and family. The show was a first for PBS, won two Accolade Awards, was nominated for a Lone Star Emmy, and the interviews can be currently viewed on YouTube. Ellen also edited a memoir by her late sister, Carol Spencer Mitchell, who worked for Newsweek. The University of Texas Press published “Danger Pay: Memoir of a Photojournalist in the Middle East, 1984-1994” in November 2008.

Susman is President of the Susman Foundation, which supports a national progressive agenda in the areas of justice, the environment, and the arts. Ellen previously served on the boards of the MoMA’s Latin American Fund, The Blanton Museum, The Texas Tribune, The Democracy Alliance, and the Women’s Leadership Board at Harvard Kennedy School, among others. She is currently on the Board of the Yale University Art Gallery, NxtHvn and has served on the Whitney Museum of American Art’s National Committee for over 20 years. Ellen enjoys her grandchildren, dogs, and equestrian pursuits in her spare time.