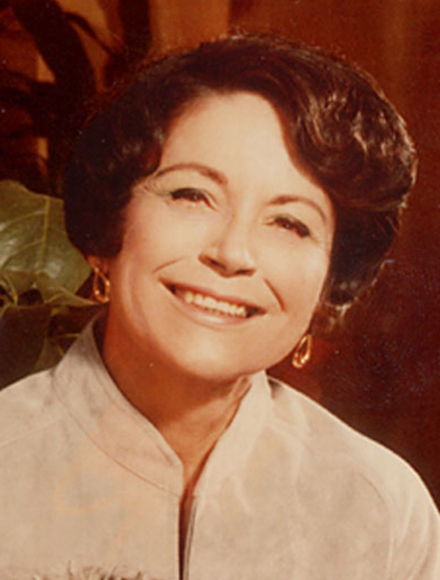 Enid Holm – dancer, musician, theatre director and author – is the former executive director of Texas Nonprofit Theatres. Born in Mexia, Texas, in 1928, Holm went on to perform with the Starlight Operettas in Dallas (later to become Dallas Summer Musicals), graduate from the University of Texas at Austin and teach dance in Arlington, Texas. In 1959, she moved to Midland to work at the local NBC affiliate television station, after which she moved to Odessa to teach drama in the Ector County School System. There she married Bill Holm and later became the Artistic Managing Director of the Permian Playhouse, a position she held for twelve years before becoming the owner/operator of the Mansion Dinner Theatre.

In 1980, Holm became executive director of Texas Nonprofit Theatres and worked during her fifteen-year career there to improve the managerial and programmatic excellence of community theatre in Texas. At age 66, she wrote Theatrically Speaking, a guide to operations for nonprofits arts organizations. Proceeds from the book sales are dedicated to Texas Nonprofit Theatres, the Texas Commission on the Arts and the American Association of Community Theatre. From her home in Odessa, Holm continues to touch the lives of those involved in Texas’ community theatres.