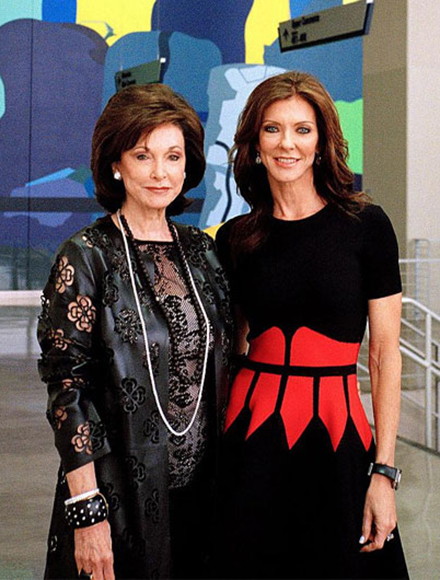 Gene Jones and Charlotte Jones Anderson are lifetime philanthropists. This mother-daughter duo works through the Gene and Jerry Jones Foundation to serve charitable causes throughout Texas.  Anderson was recently named the position of Chairman of the Salvation Army’s National Advisory Board—where she became the first woman in the history of the organization to hold that title. Both women designed the Dallas Cowboys Stadium interiors in Arlington, Texas, creating a unique building reflecting both the state and the legendary football program. Anderson and Jones supervise all areas of community service for the Dallas Cowboys organization.