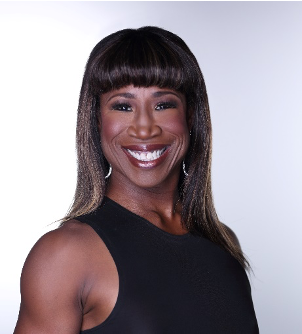 Lauren Anderson is a true Texan – Boundary-breaking, compassionate, and trail-blazing. A native Houstonian, Anderson enrolled in Houston Ballet Academy at age 7, In 1983 she accepted an offer to join the professional company as a member of the corps de ballet and was promoted to the top rank of principal dancer in 1990, becoming the first African-American to be promoted to principal dancer at Houston Ballet – and one of the few African-American ballerinas at the head of a major ballet company anywhere in the world.

From 1983 until 2006, Houston Ballet Principal Dancer Lauren Anderson forged a trailblazing international career performing leading roles in all the great classical ballets, appearing across the world to tremendous critical praise, and in the process, becoming one of the ballet world’s most beloved stars. Throughout the 1990’s when Black artists were given few opportunities to perform leading roles in major American ballet companies, she performed legendary interpretations of Aurora in The Sleeping Beauty; Odette/Odile in Swan Lake, the Sugar Plum Fairy and Snow Queen in The Nutcracker; the title role in Giselle, and as the Sylph in La Sylphide. She also continued to perform across the globe as a guest artist.

In January 2007, Anderson assumed her new role in Houston Ballet’s Education and Community Engagement department where she teaches ballet classes at Houston Ballet’s Academy, conducts master classes at area schools, provides dance lessons to low-income elementary and middle schools, and inspires students with her talks on dance and her historic career as one of America’s most distinguished African-American ballerinas. A passionate and dedicated leader of access to arts for all Texas children, Anderson and Houston Ballet’s Education and Community Engagement department serve over 60,000 local students annually.

Lauren Anderson has received countless recognition and honors for her contributions to the world of dance. In 2016 the Smithsonian Museum of African History and Culture inducted her pointe shoes into a permanent exhibit. That same year the City of Houston proclaimed October 5, 2016 as Lauren Anderson Day. She received the Texas Medal of Arts Award for her contribution to the dance world in 2017, as well as the Barbara Jordan, Breaking Barriers award in 2018.1