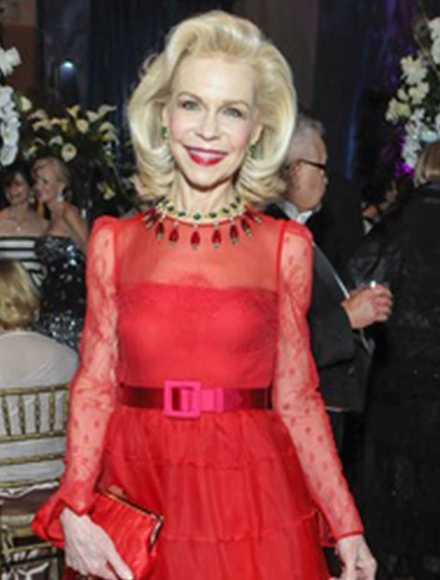 Dubbed in 2000 as the Socialite of the Century by Texas Monthly, Lynn Wyatt is a force to be reckoned with. A native Houstonian, she married Oscar Wyatt, an oil tycoon, in 1960 with whom she shares four sons. Wyatt is best known for her impeccable fashion and charitable activities, including raising money for organizations such as the Houston Grand Opera, Houston Ballet, and Elton John AIDS Foundation. She has served on many Boards during her lifetime, including the U.S. Naval Academy Board, the Princess Grace Foundation U.S.A., and the Medical Prevention and Research Institute. At age 60, Wyatt received her Black Belt First Degree in Taekwondo.