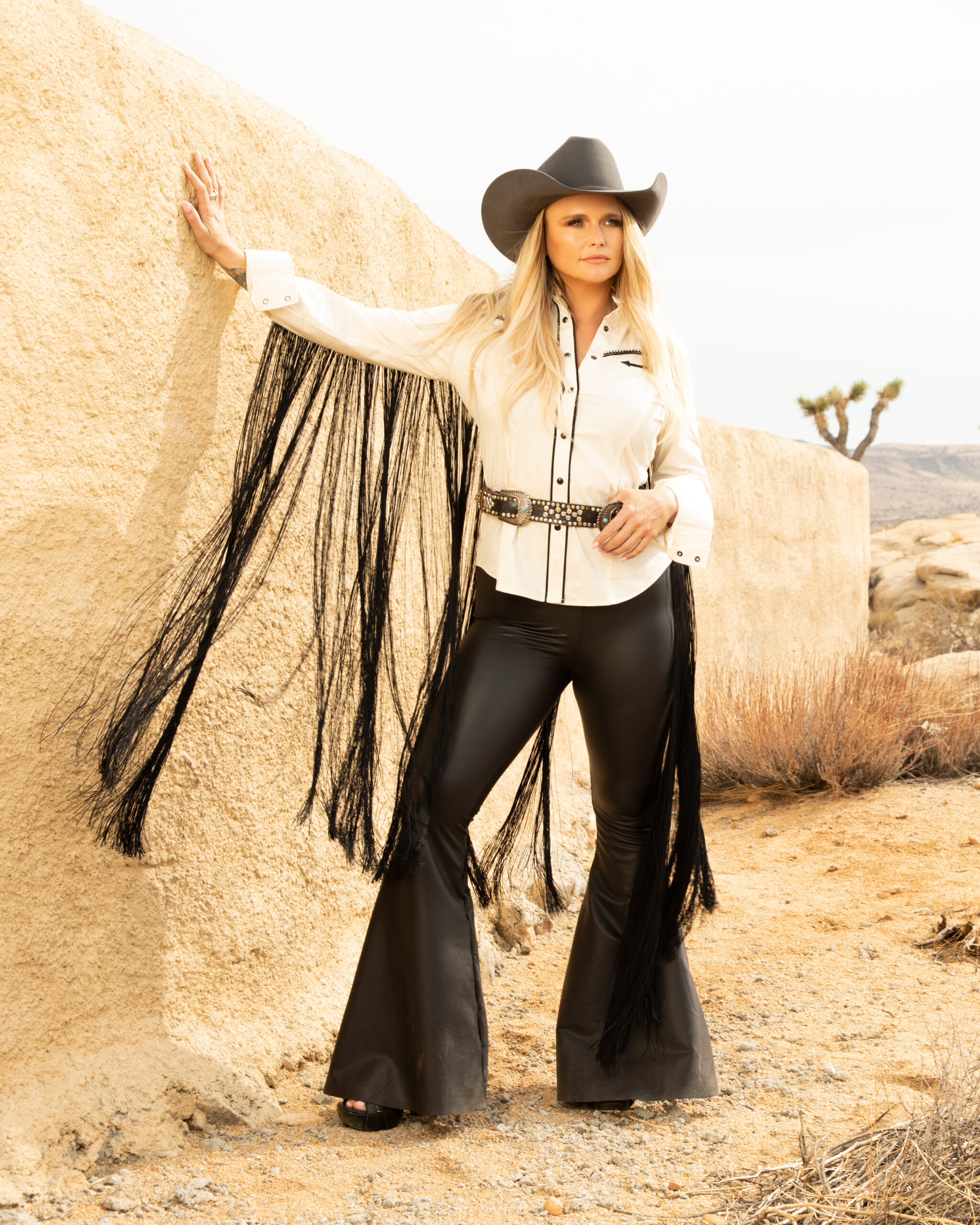 Palomino, the eighth solo album from Vanner Records/RCA Nashville superstar Miranda Lambert, arrived in April as the highest debuting Country album of 2022. Already named among the best albums of the year by TIME, Rolling Stone, Billboard, Stereogum and more, it marks the latest installment in a storied career that has spanned seven previous No. 1 solo albums, 10 No. 1 hit radio singles, more than 70 prestigious awards and countless sales certifications, earning the reigning ACM Entertainer of the Year praise from NPR as “the most riveting country star of her generation.”

Set to kick off her Velvet Rodeo Las Vegas residency at Planet Hollywood Resort & Casino’s Zappos Theater this September, Lambert was named to the 2022 TIME100 list honoring the world’s most influential people, with Pitchfork declaring that she “manages the hat-trick of both timelessness and timely activism.” Whether challenging conventional gender notions in her recent Top 10 hit “If I Was A Cowboy” or using her voice to write and record the inclusive “Y’All Means All” anthem for the latest season of Netflix’s “Queer Eye,” the Texas native continues to expand the tent of the Country genre via her music.

In addition to Palomino, the celebrated singer/songwriter’s lauded discography includes Wildcard(2019),The Weight of These Wings(2016),Platinum(2014),Four The Record(2011), Revolution(2009), Crazy Ex-Girlfriend(2007) and Kerosene(2005). She has also released three albums with her trio, the Pistol Annies, as well as 2021’sGRAMMY-nominatedThe Marfa Tapes, a raw and intimate recording with collaborators Jack Ingram and Jon Randall.

The most decorated artist in the history of the Academy of Country Music, Lambert has earned 37 ACM Awards (including a record-setting nine consecutive Female Artist of the Year Awards), 14 CMA Awards, three GRAMMY Awards, the Nashville Symphony Harmony Award, ACM Gene Weed Milestone Award and ACM Song of the Decade Award, plus was named 2019’s RIAA Artist of the Year and was the youngest artist ever to serve as the Country Music Hall of Fame & Museum’s Artist in Residence.

Her clothing and cowboy boot collection, Idyllwind, is a private-label brand sold at all Boot Barn stores nationwide and her home goods collection, Wanda June, is available now at Walmart.com. An avid animal lover, Lambert’s MuttNation pet product line is available exclusively at Tractor Supply Co. with proceeds benefitting her MuttNation Foundation, a 501c3 nonprofit that has raised over $6 million since its inception in 2009. The Foundation’s mission is to promote the adoption of rescue pets, support animal shelters across the country, advance spay & neuter and assist with the transport of animals during times of natural disaster.