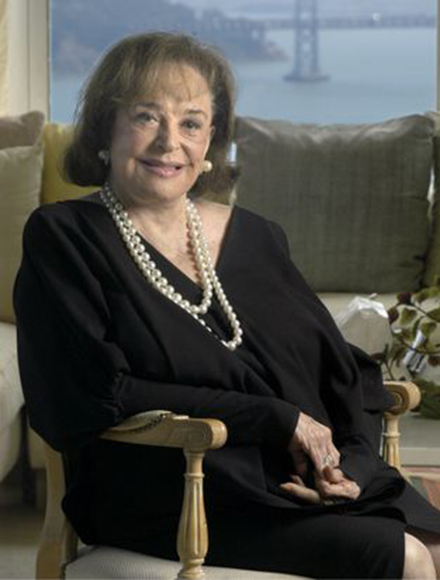 Nancy Blackburn Hamon is a lifelong philanthropist and patron of the arts. Born in San Antonio, she attended the University of Texas at Austin. She married Jake L. Hamon in 1949 and moved to Dallas. After her husband’s death in 1985, Hamon became the owner and president of Hamon Operating Company. She became a renowned hostess and world traveler and is active in cultural and civic organizations throughout the United States.

Hamon is a major donor to the University of Texas Southwestern Medical Center, Presbyterian Hospital Foundation, the Dallas Opera, the Dallas Theatre Center, the Dallas Zoological Society, Southern Methodist University, the Dallas Museum of Art, the Museum of African-American Life and Culture, the Dallas Historical Society, the San Antonio Museums Association, the McNay Art Museum in San Antonio and numerous other philanthropic entities. Hamon was awarded The Arts Community Alliance (TACA)-Jas. K. Wilson Silver Cup Award in 1990 and was the recipient of the Flora Award in 1992. In 1994, she was presented with the prestigious Linz Award in recognition of her many philanthropic efforts. She received honorary doctorates from Southern Methodist University and Northwood University.