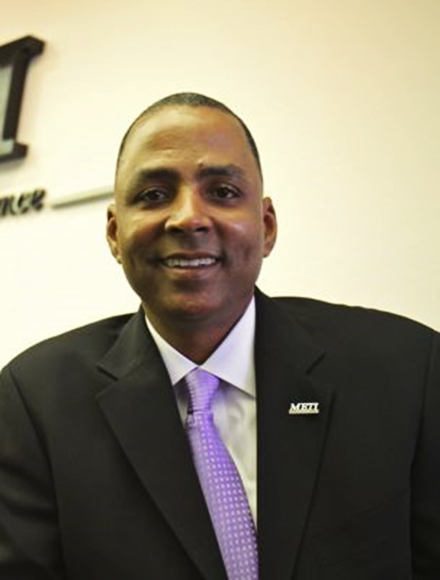 Renard U. Johnson is the founder of METI Inc, a professional services company that provides systems engineering and information technology support to federal and commercial customers. Operating in the complex world of small business government contracting, METI recently signed a $100-million contract with the U.S. Department of Agriculture’s Forest Service to work with 50 nations in jungles, forests and outlands around the world. METI, which is headquartered in El Paso, also has high-tech contracts with the military doing, for instance, cyber security for the Army and weapons survivability for the Navy.

Prior to founding METI in 1994, Mr. Johnson was part of the senior leadership team of a privately held firm before it was acquired by a public corporation.

Mr. Johnson joined the Federal Reserve Bank of Dallas El Paso Branch Board in 2012 and currently serves as chair of the Board of Directors. He is a former board chairman of the El Paso Hispanic Chamber of Commerce and a member of the University of Texas at El Paso College of Engineering Advisory Board as well as a director in the Texas Lyceum. He has served on the boards of many other civic and community organizations, including UTEP’s Centennial Commission and United Way.

In 2011, Mr. Johnson was listed as one of the nation’s top contractors by Federal Times. In 2004, Inc. 500 Magazine ranked METI as the No. 6-fastest growing company in the nation, regardless of size, beating out companies like GoDaddy.com.

Mr. Johnson was born in Chicago but, like a Texan native, is proud of his alma maters in El Paso: Andress High School and the University of Texas at El Paso. He  holds a bachelor’s degree in business administration from UTEP.