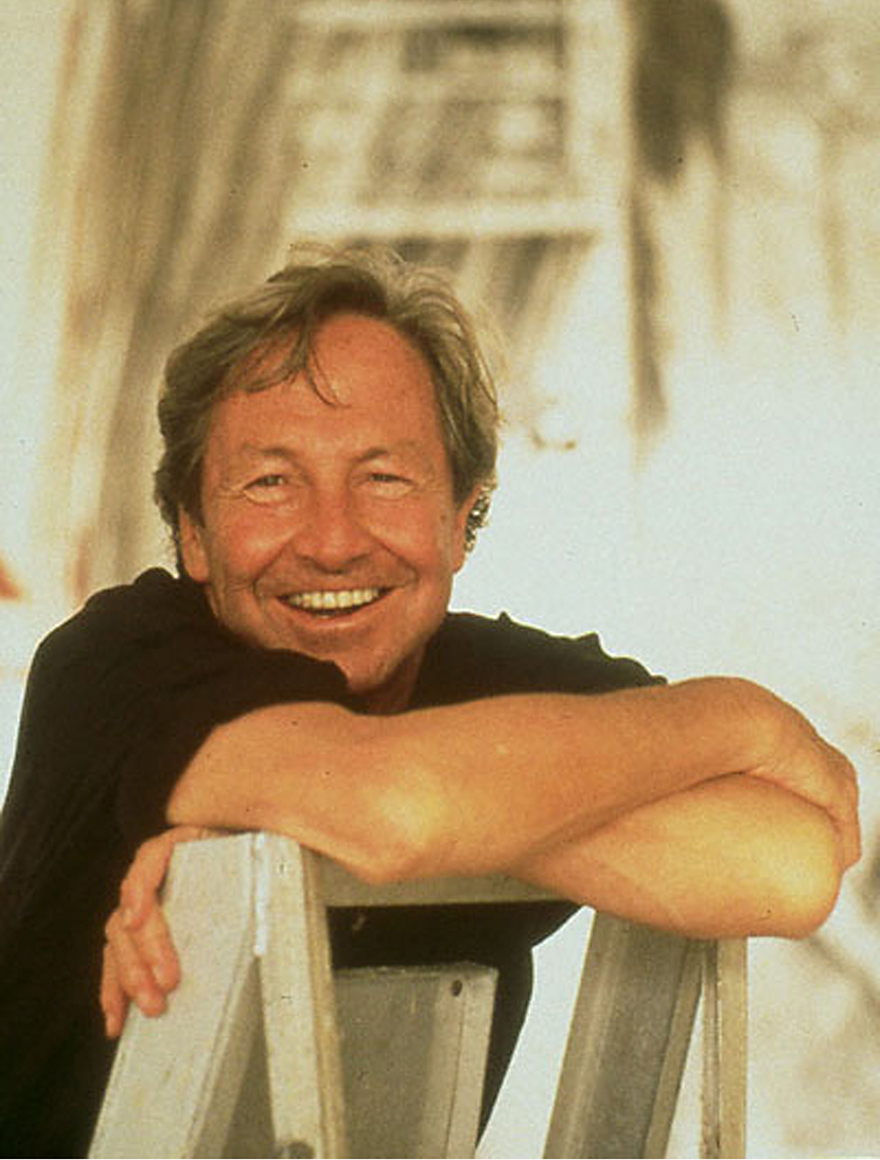 Robert Rauschenberg was born in Port Arthur, Texas, in 1925.  He studied art at the Kansas City Art Institute (1947-1948), and the Academie Julian, Paris (1948). In 1948-49, he attended Black Mountain College in North Carolina studying with Joseph Albers, and formed friendships with Merce Cunningham, John Cage and David Tudor. In 1949 he moved to New York and studied at the Art Students League.

During the early 1950’s, Rauschenberg launched into an exploration of monochromatic paintings in “white,” “red’ and “black”, which often contained collage elements. These works were predecessors to his famous “combines”, paintings or assemblages that incorporated disparate items, frequently gathered from the street.

Rauschenberg’s work reflects a broad vision. Inclusion, both in the materials he uses and in the relationship with the viewer, permeates his art. Whether working independently in various mediums, or collaboratively, his interests include dance and performance.  He has worked not only as an active performer, but as set, costume, and lighting designer as well with such dance and performance luminaries as Merce Cunningham, Paul Taylor, Viola Farber, Steve Paxton and Trisha Brown; he was part of the Judson Dance Theater; and has also choreographed his own productions.

Rauschenberg is represented in every major museum collection.  In 2007, significant exhibitions opened at the Menil in Houston, and the Museu Serralves Museu de Arte Contemporanea In Porto, Portugal.  The Serralves exhibition, a capsule of works created between 1970 and 1976, just closed in Munich, and will open in Naples in October, 2008, before concluding in 2009.  Shows of his most recent editioned works, The Lotus Series, are currently at several galleries around the world.

Robert Rauschenberg lived and worked in Captiva, Florida until his death on May 12, 2008.