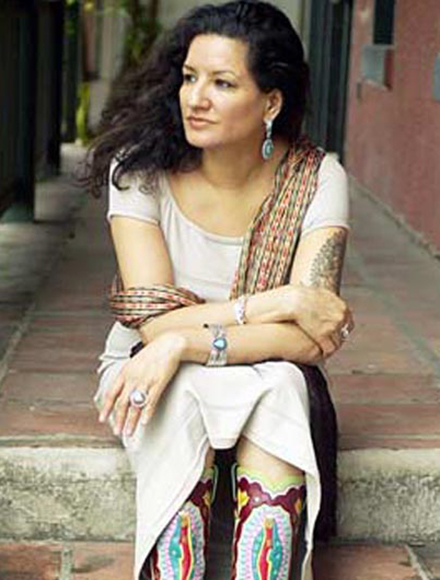 Sandra Cisneros is a novelist, poet, short story writer and essayist whose work gives voice to working-class Latino and Latina life in America. Her novel The House on Mango Street won the Before Columbus Foundation’s American Book Award in 1985. Women Hollering Creek and Other Stories, a collection of short stories, won the PEN Center West Award for Best Fiction of 1991, among other awards. Cisneros is the author of three volumes of poetry: Bad Boys, My Wicked Wicked Ways and Loose Women. Her other works include Hairs/Pelitos, a children’s book, and Caramelo.

In 1995, Cisneros was awarded the prestigious MacArthur Foundation Fellowship. Other literary honors include two fellowships from the National Endowment for the Arts; an honorary Doctor of Letters from the State University of New York at Purchase; and the Texas Institute of Letters Dobie-Paisano Fellowship. Her work has been translated into many languages and featured in major periodicals including the New York Times, the Los Angeles Times and The New Yorker. Born in Chicago, Cisneros received a Bachelor of Arts from Loyola University and a Master of Fine Arts from the University of Iowa. She currently lives in San Antonio.