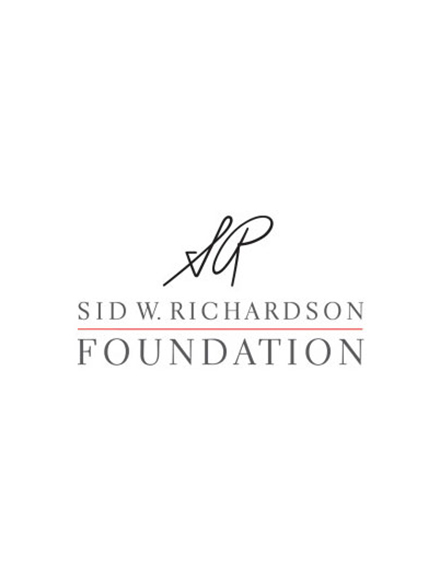 Mr. Edward P. Bass, president of the board of directors of the Sid W. Richardson Foundation, accepted the award for the Fort Worth-based organization founded 1947 by his great-uncle, Sid W. Richardson (1891-1959). Although Mr. Richardson’s interests reached beyond Texas and his personal contacts were worldwide, he retained his utmost concern for the people of his home state. The foundation provides grants to nonprofit educational, health, human service and cultural organizations in Texas to help them fulfill their missions.

Because of his love for Western Art, Mr. Richardson became an avid collector of paintings of the Old West by Frederic Remington and Charles M. Russell. Today, these magnificent paintings are on permanent exhibit in the Sid Richardson Museum in Sundance Square in downtown Fort Worth. Supported by the foundation, the recently renovated museum is open daily to the public free of charge. Since the museum’s opening in 1982, nearly one million visitors from all 50 states and 68 countries have viewed its paintings.