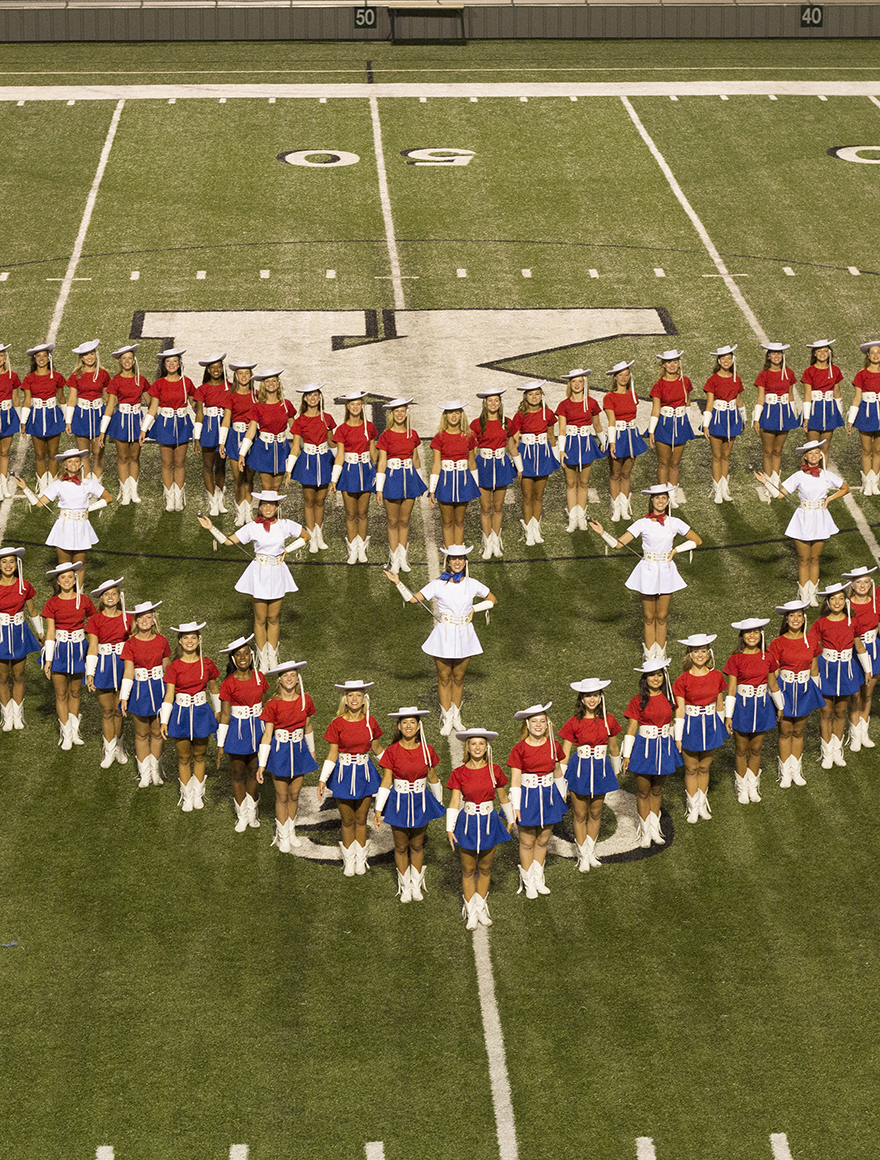 The Kilgore College Rangerettes, founded in 1939 at Kilgore College, were the first group of their kind and pioneered the field of dancing drill teams that has spurred a multi-billion-dollar dance/drill team industry worldwide. Known for their precise high kicks and jump splits, the Rangerettes have appeared in major athletic events across the nation and have performed at the New Year’s Cotton Bowl Classic in Dallas each year since 1951. They were also featured in the Cinerama movie, Seven Wonders of the World.