Champion of the Arts

The Champion of the Arts Award recognizes a Texas Women for the Arts member who has made significant contributions to the arts statewide, and whose work has embodied the mission and vision of the organization. 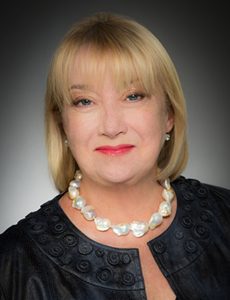 A pioneering woman, nationally recognized in the field of investment management, Jeanie found her greatest gift and joy was simply, to help people. She loved math, managing her clients’ and friends’ financial interests, writing, picking stocks and investments, and philanthropy. She loved helping individuals pursue their dreams and had a special place in her heart for supporting organizations and individuals making a difference in our communities.

In a profession still famously dominated by men, Jeanie made Wall Street her own and blazed a trail for women, first as a money manager and later as an entrepreneur. In 2000, Jeanie founded South Texas Money Management, which is now the largest independent money management firm in San Antonio. Starting with five people, a few clients and modest assets, Jeanie expanded the firm to five additional offices around the state of Texas. STMM now employs 60 people and has earned the confidence of thousands of clients, including foundations, pension funds, and endowments. Jeanie was always proud that STMM is women-owned and that the majority of the firm’s professionals are women.

Jeanie’s philanthropic heart and determination to give back led her to institute and oversee South Texas Money Management’s unique non-profit give back program. This and additional charitable contributions by the firm total over $6 million invested in the people and communities she loved. Jeanie considered thriving arts areas as essential components of healthy and growing communities.

Jeanie served on the Board of Governors of the CFA Institute, the State Pension Review Board, the National Endowment Fund Board of Trustees for the American Red Cross, the Pension Plan Board of Trustees for The University of Texas Health Science Center at San Antonio, the Southwest School of Art Board of Directors, the Southwest Research Institute Board of Trustees, the Texas Cultural Trust Board of Directors, the Advisory Boards of the Lady Bird Johnson Wildlife Center and the Joe and Theresa Long Center for the Performing Arts, and was an active Member of Texas Women for the Arts since 2011. She had been recently appointed to the Board of the Employees Retirement System of Texas.

The Texas Cultural Trust and Texas Women for the Arts celebrate Jeanie’s admirable and exemplary legacy of giving in the arts.

Given out during the Annual Meeting each year, the Champion of the Arts Award recognizes a Texas Women for the Arts member who has made significant contributions to the arts statewide, and whose work has embodied the mission and vision of the organization.

Previous Champions of the Arts include: