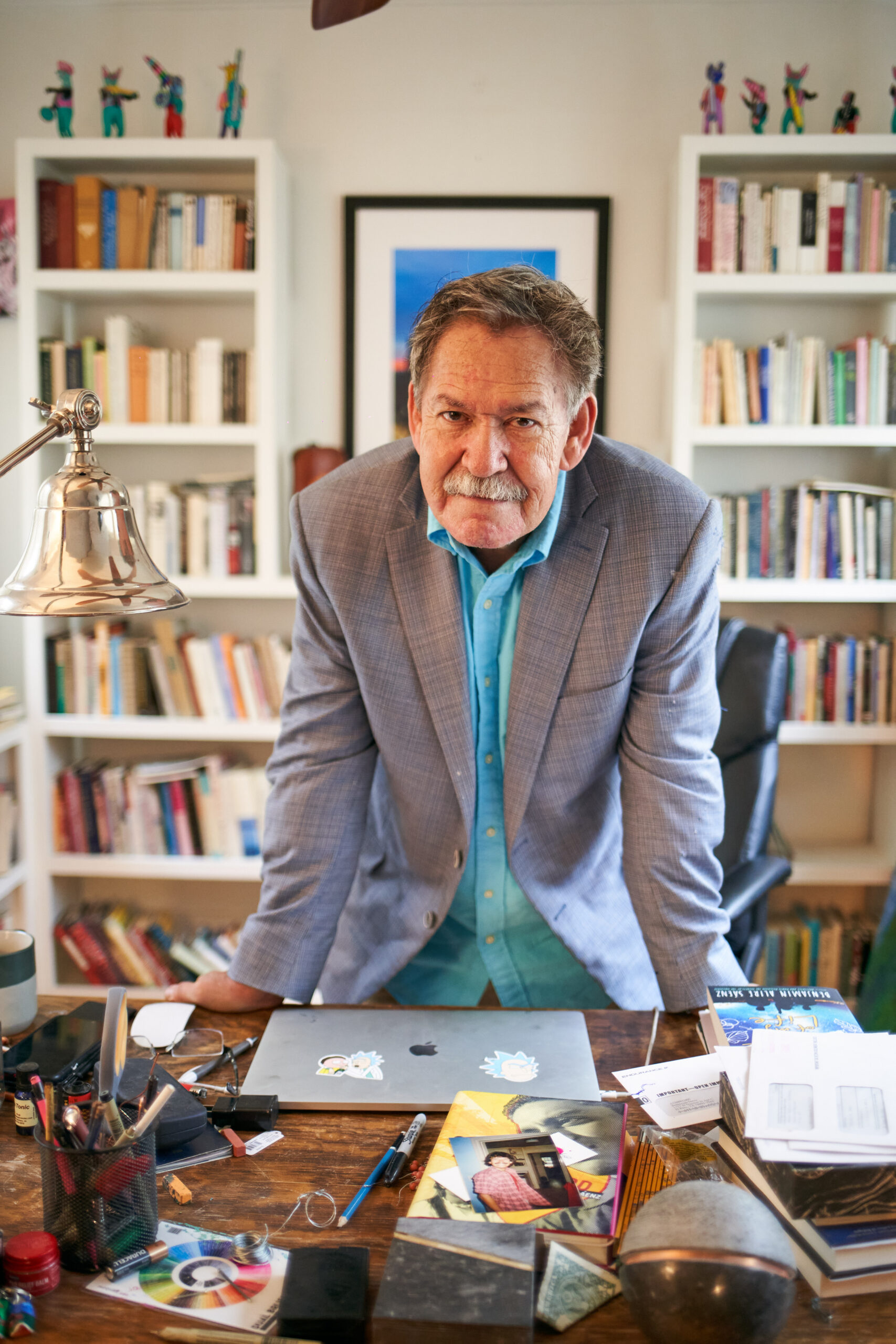 Though he was born in southern New Mexico, the first time Benjamin Alire Sáenz remembers visiting El Paso with his grandfather to see the Alligators in San Jacinto Plaza he fell in love with El Paso. His father was born in Fort Davis, Texas and he spent many summers as a boy visiting his great uncle, exploring the Davis Mountains which he has loved to this day. Over thirty years ago, he adopted El Paso as his home though it never felt like an adoption. El Paso and West Texas had always felt like home. After leaving the Catholic Priesthood, he waited table in Houston, and saved enough money to return to school and pursue a writing career. He received a Master’s in Creative Writing at the University of Texas at El Paso, and won a fellowship at the University of Iowa, but left Iowa after a year, having received a prestigious two-year Stegner Fellowship in poetry at Stanford University where, under the direction of Denise Levertov, he completed and published his first book of poems which won an American Book Award. He returned to teach at the University of Texas at El Paso where he taught for twenty-three years. Inspired by the borderlands that he loved, his writing began to receive national attention.

In 1991, he was awarded a Lannan Poetry Fellowship, but even as he was becoming a well-respected poet, he turned to writing fiction and books for children. Two of his four children’s books were awarded the TIL award for best children’s books. Two of his books, Carry Me Like Water and He Forgot to Say Goodbye received the Southwest Book Awards from the Border Area Librarians Association. He Forgot to Say Goodbye was also awarded the Tomas Rivera Book Award. In 2013, he became the first Latino and the first Texan ever to receive the PEN Faulkner Award for fiction for his collection of short stories, Everything Begins and Ends at the Kentucky Club. His young adult novel, Aristotle and Dante Discover the Secrets of the Universe won twenty-eight literary awards, some of them regional, some of them national, and some of them international. He has also been awarded two Lambda Literary Awards, the Catalonian Book Sellers Award for fiction, The Pura Belpre Award, the Stonewall Award, and a Prinz Honor Book Award. Aristotle and Dante Discover the Secrets of the Universe became an international success, translated into twenty-four languages and his two main characters, Aristotle and Dante became literary cult figures all over the world. The book has become a favorite among librarians, educators, intellectuals and young readers—and has also been banned in scattered school libraries throughout the country including some libraries in Texas.

Ten years after its first publication, it landed on the New York Times Bestseller List. The sequel to the first Ari and Dante Book, Aristotle and Dante Dive into the Waters of the World, published at the end of 2021, was on the New York Times Bestseller list for eleven weeks debuting at Number 1. Aristotle and Dante Discover the Secrets of the Universe, the movie, will premiere at the Toronto International Film Festival in September 2022 and will be released in theaters nationwide. Both novels have been successful audio books read by Lin-Manuel Miranda, the famed writer/director of the Broadway sensation, Hamilton. Sáenz has published six books of poetry, five young adult novels, two collections of short stories, four bilingual children’s books, and four novels. He has been awarded the Texas Book Award, given to an author for his lifetime literary achievements, and has also been awarded the Texas Institute of Letters, Tim Tingle Lifetime Achievement award.