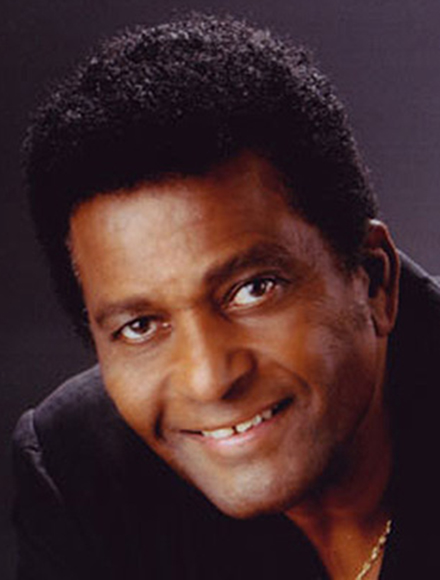 Charley Pride is one of country music’s premier artist and one of the top twenty best-selling country artists of all time. He began his unofficial music career in the late 1950s as a ballplayer with the Negro American League’s Memphis Red Sox, singing and playing guitar on the team bus when traveling between ballparks. After a tryout with the New York Mets, Pride passed through Nashville and met Jack Johnson and later producer Jack Clement, who immediately asked Pride to record a two-song demo. Three months later, the demo landed in the hands of RCA Records’ Chet Atkins, who instantly signed Pride to the label.

Between 1969, when Pride first his number one on the singles chart with “All I Have to Offer You (Is Me),” and 1984, when he commanded the top spot again with “Every Heart Should Have One,” Pride scored more than thirty-six number one country singles. His most memorable songs include “Kiss an Angel Good Morning,” “Is Anybody Goin’ to San Antone?,” and “Burgers and Fries,” to name a few. Pride joined the Grand Ole Opry in 1993, the first African American to do so in its history. In 2000, he was inducted into the Country Music Hall of Fame. Pride and his family reside in Dallas.