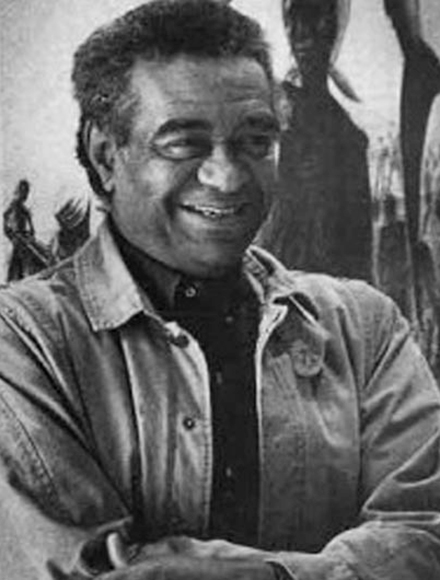 John Biggers is widely acclaimed for his complex, symbolic murals based on African American and African cultural themes. Born in 1924, the youngest of eleven children in rural North Carolina, Biggers attended Hampton Institute, now Hampton University, a black college in Virginia and graduated from Penn State University. Upon graduation, he moved to Houston and founded the art department at Texas Southern University (formerly Texas State University for Negroes), where he taught for 34 years. Biggers was influenced by a college art instructor who was a Jewish refugee and who encouraged students to manifest their artistic and cultural heritage in their works. Some of Biggers’ best known paintings, murals, and lithographs include Dying Soldier, Anase: The Web of Live in Africa, Family Unity, The Upper Room, and the spiritual Aunt Dicey Tales. Biggers was recently honored by a major retrospective of his work that traveled to seven art museums across the country.