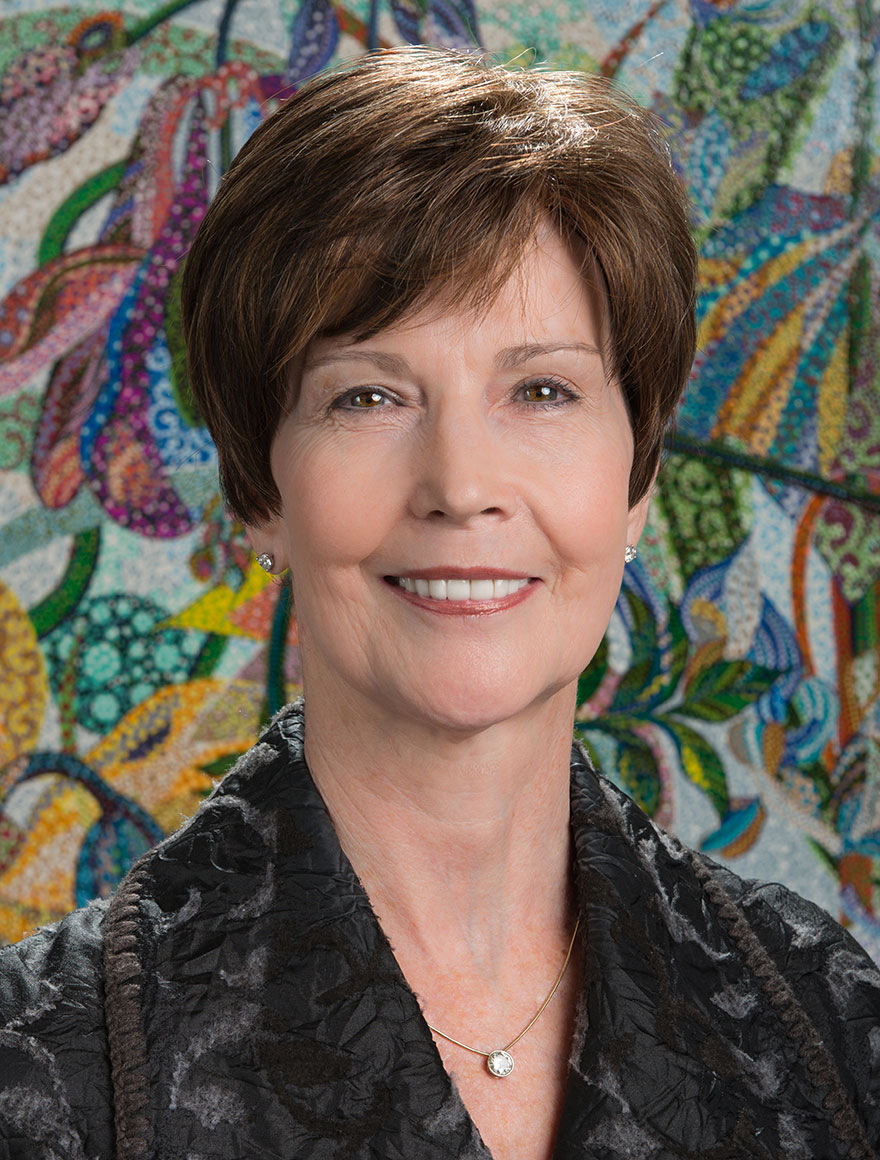 Kay Sanford is the President and Grants Administrator of the CH Foundation in Lubbock, Texas. She was born in Lubbock and attended Texas Tech University where she studied Human Sciences. She is highly involved in the Lubbock community, giving back by serving on various boards, committees, and councils. Some highlights include her work as Chair of the City of Lubbock’s Committee for Women, membership on the Dean’s Advisory Council for the College of Human Sciences at Texas Tech, and her position as honorary chair of the Lubbock Arts Alliance’s Arts Festival. She is currently a member of the Lubbock Entertainment and Performing Arts Association. Kay’s many awards include the YWCA’s Woman of Excellence Award and the Lubbock Arts, Culture, and Entertainment Award. She and her husband have two children and three grandchildren.