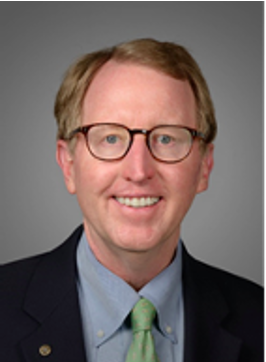 Pat Frost is president of San Antonio-based Frost Bank. He also serves as a director of Cullen/Frost Bankers, Inc., the bank’s parent company. A graduate of Vanderbilt University with a BA in economics, Frost also earned an MBA from the University of Texas at Austin. He began his career at Frost Bank in 1984 and has been president of the bank since 1993.

Pat Frost serves on a broad array of civic, non-profit and professional organization boards. Presently he is chair of the 2025 Men’s Final Four Local Organizing Committee. He was past-president of Rotary Club of San Antonio and past-chairman of the 2004, 2008 and 2018 Final Four Local Organizing Committee, the Free Trade Alliance, the Alamo Bowl Association, the Ecumenical Center for Religion and Health, the South Texas Blood & Tissue Center Foundation, the San Antonio Sports Foundation, the Mays Cancer Center Board of Governors and the Santa Rosa Children’s Hospital Foundation.

Pat is married to his beautiful wife Kelley and they have two children, Patrick and Katie.