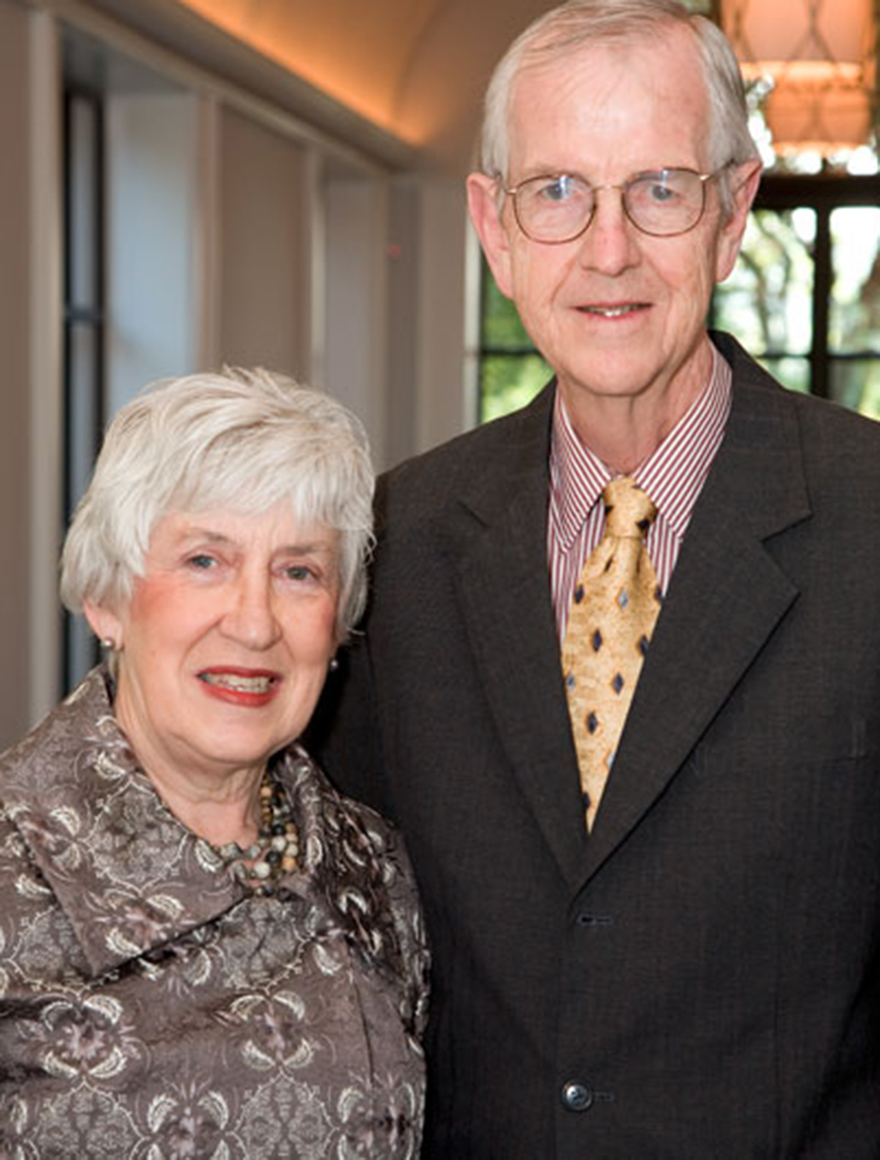 We moved to Austin with our young family forty-one years ago after completing two years of requiring military service. At the time, we founded the Austin Ear Nose and Throat Clinic.

We both graduated from Baylor University in Waco, and Ernest is a graduate of Baylor College of Medicine in Houston.

During the years we have lived in Austin we have participated in support of the fine arts in the Austin Community and at The University of Texas. The following is a list of our interests:

The University of Texas Butler School of Music, one of the outstanding schools in the world, was recently named Sarah and Ernest Butler School of Music in honor of their endowment and thirty-five years of support for the school. The Butler Opera Center actively trains young artists for careers in opera and it supports opera throughout the Austin community.