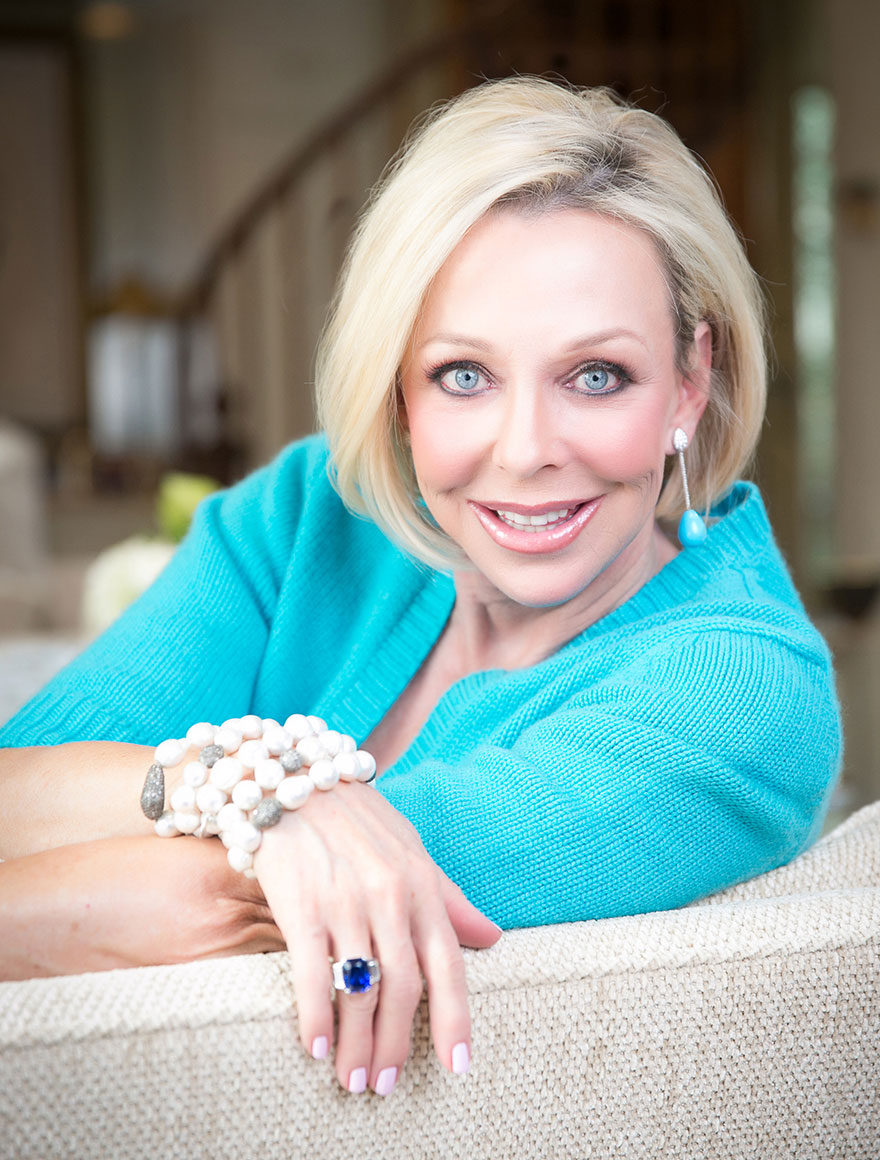 Trisha Wilson is currently the Chairman of Trisha Wilson Global, a firm dedicated to offering creative luxury services worldwide. She is a member of the prestigious Interior Design Hall of Fame; a recipient of the coveted Hospitality Design Platinum Circle Award, the distinguished Legend Award from Contract magazine, the Manfred Steinfeld Humanitarian Award from Hospitality Design, and an Honorary Doctorate from the New York School of Interior Design. Trisha founded one of the top hospitality design firms in the world, Wilson Associates, over 42 years ago. After a very successful tenure as CEO and Founder, she fully transitioned from Wilson Associates in 2014, concentrating on her company, Trisha Wilson Global, and on the international charitable work of The Wilson Foundation.

Trisha is proud of the international projects completed under her leadership at Dallas-based Wilson Associates, which grew to include global offices in New York, Los Angeles, Singapore, Shanghai, Kochi, India, Abu Dhabi and Dubai, with over 400 professionals worldwide. Because of her notable success, the distinguished Harvard Business School conducted a four-part case study in 2000-2002 on her ability to manage creative talent. As a world-renowned creative strategist and leader, real estate moguls and royal families around the world solicited her firm’s design talent.

Wilson’s success began to form in the 1970’s, a time when few women worked as commercial interior designers, not to mention presidents of their own companies. Graduating from the University of Texas in Austin, Texas, Trisha struck out on her own and boldly approached restaurants for their business. After successes such as The Railhead and the original Chili’s, Trisha signed her first hotel, the Loews Anatole in Dallas. Due to that project’s financial success and acclaimed design, Trisha was sought after worldwide, winning business through her management and mastery of the design and financial processes. She quickly became a trailblazer, setting new luxury standards for the architectural interior design practice, but also opening doors for women in the hospitality industry, a male dominated field.

Over the next four decades, Trisha forged a name for herself through the same winning combination of charm, instinct, ability, and sheer dint of will, and gradually grew her two-person Dallas-based firm into Wilson Associates. With a keen eye for architectural details and design, Wilson Associates blossomed into an international enterprise. Blending experience, innovation, technology, sustainability and solid business principles, the firm grew under her leadership and created properties that define luxury and elegance.

By the 1980’s, she was an internationally sought-after designer. When commissioned by prominent developer and hotelier Sol Kerzner for the fantastical mega-casino resort, The Palace of the Lost City, just outside Johannesburg, South Africa, Trisha and her team paid special attention to architectural scale and intricate custom details that revealed exquisite African features using pre-case concrete and other innovative materials. Breaking ground during the apartheid era, the project allowed her to deploy her cultural sensitivity and resourceful street smarts to navigate the foreign terrain and spawn a network of cottage business that continue to thrive to this day. Trisha sourced local artisans, trained them in manufacturing techniques and worked closely with them to develop their own companies, producing unique resources for the Lost City and other projects. This sustainable “pay it forward” model was used by Wilson Associates on various projects all over the world. By creating and sustaining industries on multiple continents, Trisha and the hospitality industry helped create thousands of jobs, financially impacting regions that would not have otherwise seen this growth. 2

Through her frequent travels to Africa, she fell in love with the continent and her surroundings. She ended up designing and building her own private game lodge and home in the African bush and continues to regularly visit the country, hosting VIPs, celebrities and royalty. Her home and its luxurious African-inspired design was featured in Architectural Digest, September 2006.

In 2009, Trisha’s international fame grew exponentially as Wilson Associates was chosen to design twenty hotels simultaneously on the JODC Development in Mecca. Only Wilson Associates’ size and expertise could handle this huge undertaking, utilizing all of their offices to complete the task. Further acclaim in the Middle East ensued when Trisha was selected by the Royal Family of Abu Dhabi to design the Presidential Palace (akin to designing the White House in the United States).

In 2012, Trisha was also asked to design all of the dramatic event spaces for the Charity Coronation Ball of Miss Universe China, which hosted thousands of the world’s most prominent fashion and entertainment VIPs. She and her team created a vibrant, aesthetic backdrop for the event that celebrated the living beauty of China and the incredible women that empower it.

Trisha’s work has received numerous national and international awards. In 2015, Trisha was honored to receive the New York School of Interior Design Honorary Doctorate. In 2014, she was the Keynote Speaker at the Boutique Design New York conference offering her vision for what’s ahead including both the opportunities and challenges in the design industry. That same year, Trisha also received the Contract Magazine Legend Award. In 2012, she was named to Junior Achievement’s Dallas Business Hall of Fame, and received The Committee of 200 (C200) Luminary Award and the Chiapas International Women Who Give Hope Award. In years prior, Trisha has received Hospitality Design’s Manfred Steinfeld Humanitarian Award, The University of Texas at Austin’s Distinguished Alumni Award, ASID National Designer of Distinction Award, Restaurant/Hotel Design International Platinum Circle Award and the National Council of Women “Woman of the Year Award, Arts and Business.” In 1993, Trisha Wilson was also inducted into the highly recognized Interior Designer’s Hall of Fame.

Her tireless work ethic, innate curiosity, strong intuition and inevitable charm crafted an empire but her generous philanthropic spirit is what continues to create her legacy. Trisha founded The Wilson Foundation, a 501(c)(3) organization, in 1997 to address the needs of the disadvantaged and underserved children in and around the town of Vaalwater in Limpopo Province, three hours north of Johannesburg, South Africa. Extreme poverty, unemployment, substandard education and a HIV/AIDS pandemic left a staggering number of orphans and other vulnerable children in the area and The Wilson Foundation, along with Oprah Winfrey’s Leadership Academy, are among the few international organizations which provide critically needed support in the area.

When addressing the region’s HIV/AIDS and TB pandemic, Trisha crusades for eradication. Her foundation is currently partnering with UT Southwestern Medical Center on a TB research and professional development program and also works closely with The Baylor Health Care System on important health initiatives in Limpopo Province.

Trisha strongly believes in education and through her Wilson Foundation she built Waterberg Academy, a private school for the underserved children in that community. She continues her commitment by supporting the students with annual scholarships so they can attend the academy as well as college. She does the same domestically through The Trisha Wilson Endowment Professorship in Interior Architecture at The University of Texas at Austin.

Trisha approaches life with the motto “It CAN be done,” knowing no dream is too big to actualize; no problem is too big to solve. A plaque with that saying has rested prominently on her desk for many years, reminding all of her commitment to everything she approaches.

With Trisha Wilson Global, she is creating a luxury services firm which will incorporate her award-winning and celebrated talents as a leader, creative strategist and visionary in the international services arena.