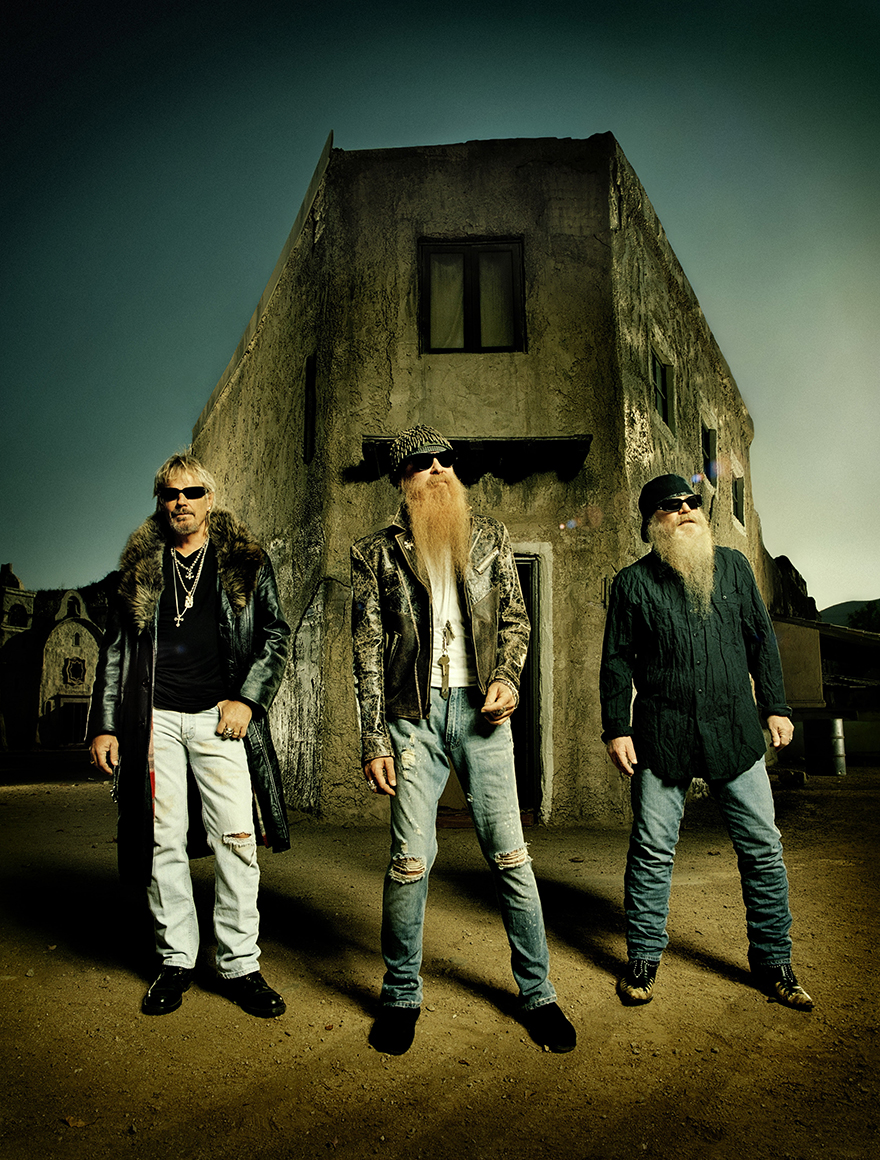 Now celebrating its 40th anniversary, ZZ Top formed in 1969 and played its first show in February 1970 at a Knights of Columbus Hall in Beaumont, Texas. The personnel line-up has not changed in the intervening years: no other major band can make that claim. The group toured extensively on the eve of their anniversary, co-headlining with county superstars Brooks & Dunn, as well as on their own in an intimate concert that was called the “In Your Face Tour” that recalled their roots.

Their third album, Tres Hombres (1973), hit the Top Ten and became the band’s first gold album. To date, they have released 20 full-length albums.

The Texas trio’s first big hit single, “Tush,” hit the charts in 1975. Beginning with the 1979 song “Cheap Sunglasses”, Gibbons and Hill are almost always pictured wearing sunglasses, similar clothing, and chest-length beards. Ironically, Beard usually spots just a mustache. In 1984, the Gillette Company reportedly offered Gibbons and Hill $1 million each to shave their beards for a television commercial, but they declined stating, “We are too ugly without ‘em.”

Eliminator was released in 1983 and stayed on the charts for over three years and eventually became certified ten times platinum. Eliminator became one of the biggest albums of the decade, selling more than 10 million copies and it received the industry’s first Diamond sales award. Three of its songs – “Gimmie All Your Lovin’”, “Sharp Dressed Man” and “Legs” – became major hits.

Since the release of Eliminator in 1983, ZZ Top have been international superstars. The group followed Eliminator with Afterburner (1985), another multi-Platinum Top 5 album that yielded the following four Top Forty Hits: “Sleeping Bag,” “Stages,” “Rough Bay” and “Velcro Fly.”

The band was named “Official Texas Heroes” by the state’s House of Representatives in 1986.

ZZ Top was inducted into the Rock and Roll Hall of Fame on March 15, 2004, and they performed at the 2008 Orange Bowl in Miami.

They played “Sharp Dressed Man” on the May 21, 2008, American Idol Finale with winner David Cook.

They released a DVD in June 2008 called Live From Texas.

They toured North America, the UK, and Eastern Europe in 2009. Billy played the Rock and Roll Hall of Fame’s 25th anniversary concert at Madison Square Garden in 2009.